Published: 02/12/2014
Members of the IUF-affiliated National Union of Workers (NUW) have ended their occupation of the lunchroom at PepsiCo Australia Smith’s snack foods warehouse in the Brisbane suburb of Tingalpa for the best of reasons – the union has signed an agreement which puts in place an equal pay system for casual workers and converts casual to permanent positions after 12 months. Workers at the site voted to ban overtime, paperwork and unloading trucks on November 21 in a dispute over equal treatment and occupied the canteen beginning November 27 after being told they would not be paid while industrial action continued. 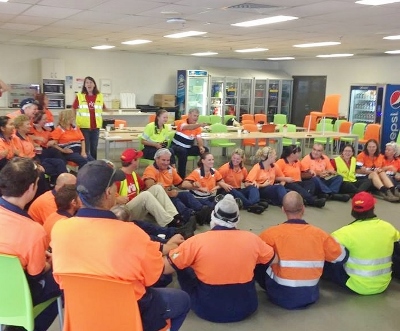 The union has warmly thanked the many thousands who responded to the IUF
urgent action campaign and all who supported the workers in this
important fight for equal treatment.