Published: 11/06/2018
Atra Narwanto, chairman of the independent union SBCCD at the company’s Cibitung distribution center, has been unanimously re-elected to serve again as chairman. Workers at the Cibitung facility began organizing an independent union alternative to the pro-management structures inherited from the Suharto dictatorship in March 2015, prompting management retaliation against the workers and their elected leaders. Atra was suspended in June 2015 in a travesty of due process and formally dismissed in October 2016 when the company chose to ignore a Labour Office recommendation for immediate reinstatement.

By confirming their confidence in Atra’s leadership, union members have signaled their determination to continue struggling for the collective rights which were violated by his dismissal. 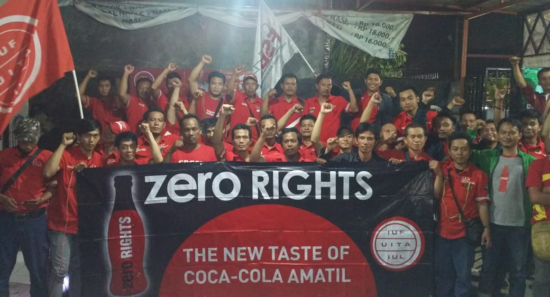