One million citizens filled the streets of Hong Kong on June 9 to protest proposed legislation which would allow for political critics and opponents to be extradited and tried on the mainland. IUF affiliates, members of the Hong Kong Confederation of Trade Unions (the only independent trade union in China), have actively supported the movement to stop extradition and joined the protest. 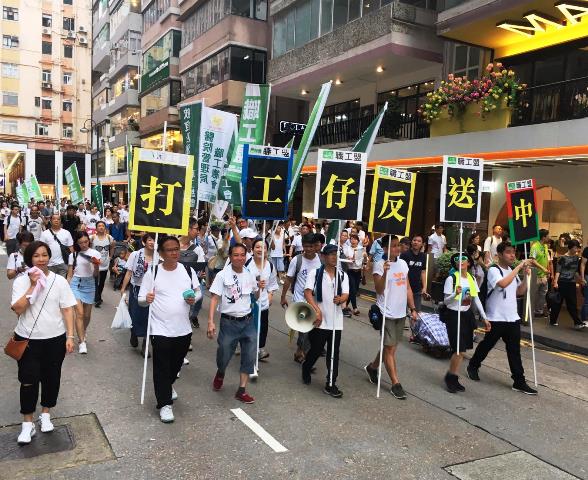 ‘Workers Against Extradition to China’: HKCTU contingent in the June 9 protest

Despite massive public opposition, Hong Kong Chief Executive Carrie Lam, who was installed in 2017 with support from Beijing, has pledged to push for rapid adoption of the law.