No employee shall suffer harassment, physical or mental punishment, or other form of abuse.

Unless they organize to fight for their rights…

Since the Lipton Khanewal workers formed their Action Committee to fight for their rights, members have been denied work, demoted and pushed into even deeper poverty in an attempt to break their resistance. At the same time, some 100 new contract workers – with no experience, skills, or seniority (over 20% of the workforce) have been taken on in the midst of what the company contends is a production downturn… but is clearly a show of force to weaken the Action Committee and the IUF. 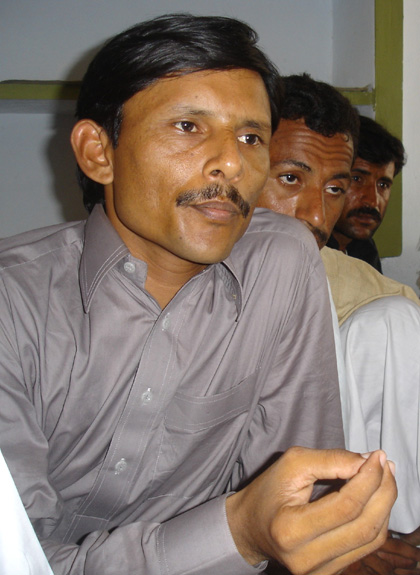 Muhammad Zahid, a skilled worker with 17 years of service at Khanewal, had his pay cut when he joined the Action Committee’s struggle against disposable jobs.

““I’ve worked at the Unilever Khanewal factory for 17 years. I’m a fitter and in the past was paid the minimum wage for a skilled worker. After I joined the struggle for the right to permanent jobs at Unilever my wage was cut. I’m getting 232 Rupees per day which is the minimum wage for an unskilled worker. I protested to Unilever management and after hard struggle it was raised a bit to 243 Rupees. But another fitter, also a contract worker like me, but with only 6 years on the job gets 299 Rupees per day. Why? Because he’s not a member of the action committee like me.”

STOP DISCRIMINATION AND REPRISALS AGAINST THE KHANEWAL ACTION COMMITTEE WORKERS – CLICK HERE TO SEND A MESSAGE TO UNILEVER!

Tell corporate management to stop retaliating and start negotiating!. The Lipton Khanewal casual workers fighting for justice through their Action Committee must be given permanent, direct employment status.