On March 22, World Water Day, workers, mainly women, on tea plantations in the states of Assam and West Bengal held meetings and rallies to highlight their continued lack of access to a fundamental human right: the right to water and sanitation.  In Assam, 132 workers (124 women and 18 men) from 3 plantations and 305 workers (245 women and 60 men) in West Bengal launched the Water and Sanitation Campaign. Women who pluck tea on the plantations typically queue at a limited number of taps for several hours before and after work each day to collect water for their families. If they report late for work as a result, they are denied work for the day. Open water taps, tanks and drainage at work and in the housing areas are breeding grounds for mosquitos bearing dengue and malaria, among other diseases. Sanitation facilities are limited and the condition deplorable. And tea from these plantations is certified by the Rainforest Alliance.

With the support of the IUF, workers on the plantations, mainly women, have formed committees which have documented and mapped the available water and sanitation facilities and demanded negotiations on measures to enable them to access their rights. The estate managements have refused. The IUF now calls on the global tea brands which source from these plantations, in the first instance UK-based Tetley, to push their suppliers to negotiate with the water and sanitation committees. Click here to read the report on plantations supplying Tetley. 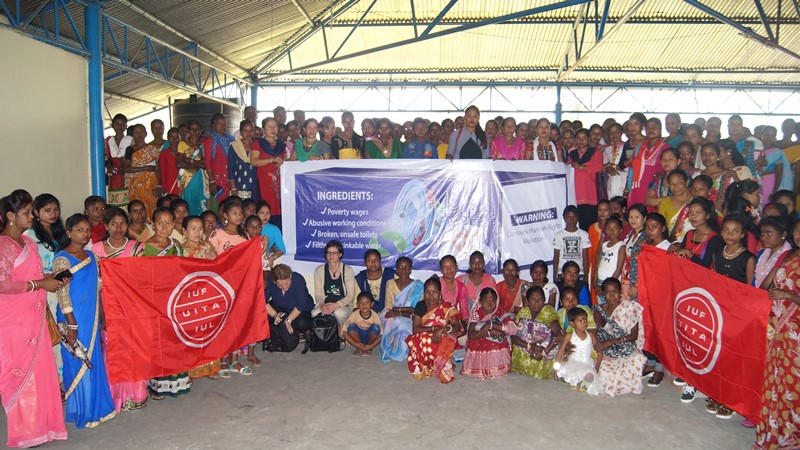