Union members from six hotels in southern India joined the “Make My Workplace Safe” educational workshop in Bangalore on August 7-8 as part of the IUF Global Housekeeping Campaign.

During the workshop housekeepers not only identified the bad work practices imposed by employers as the source of common injuries and illness, but also spoke about the lack of respect for housekeepers that creates an unhealthy and abusive environment.

Speaking about the importance of respect, a union member who has worked for 24 years cleaning rooms said, “I’m happy to be addressed as housekeeper, but they always call us room boys. At my age hearing room boy makes me feel ashamed.” In response the meeting declared the slogan “No More Room Boy” as part of their commitment to change their job title to room attendant.

In the workshop union members prepared newsletters to post on notice boards in the hotels to raise awareness of the campaign and the Global Week of Action planned in November. 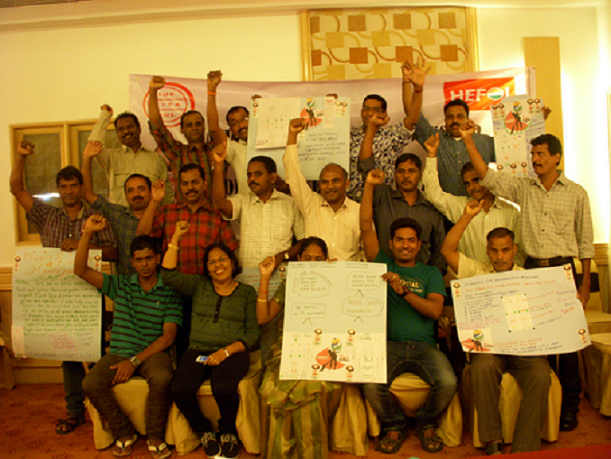