Workers on North Carolina tobacco, sweet potato and cucumber farms have been doubly victimized. Last year, members of the IUF-affiliated Farm Labor Organizing Committee (FLOC) working on tobacco, sweet potato and cucumber farms stood up to a labor contractor, denouncing abuses and seeking negotiations for a union agreement. The US Department of Labor began an investigation into the labor contractor, Salvador Barajas, interviewed a small number or workers, assured the growers they had no need to worry, and swiftly closed the case. Workers were told they would be paid before last November 15th.

To date, no one has been paid, the government has not initiated any legal proceedings against the contractor, all union members have been blacklisted, and the Department of Labor refuses to investigate retaliation claims. 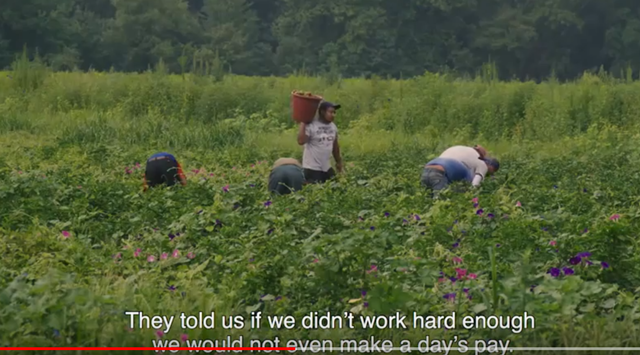 FLOC has initiated a petition to the Department of Labor in support of the workers, urging it to take action to resolve the claims against Barajas, investigate retaliation against workers victimized for speaking out, release the information it has on abuses by growers who have violated federal law and stop its collaboration with tobacco companies complicit in human rights violations.