Activists from the IUF-afiliated RWDSU and supporters leafleted the Nespresso boutique in New York City’s trendy Soho district December 13 in support of the international campaign to end violations of basic trade union rights at Nestlé’s factories in Panjang, Indonesia and Kabirwala, Pakistan. 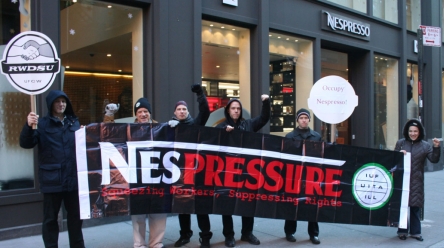