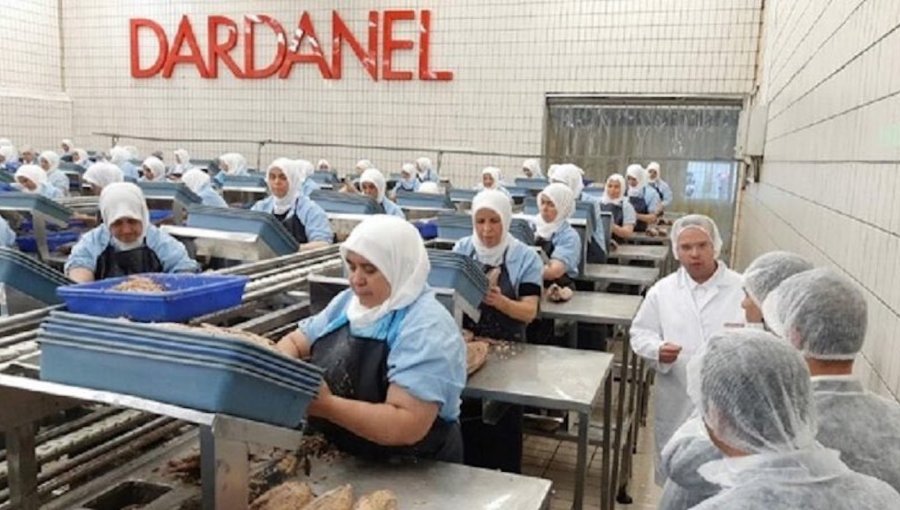 A canned fish and ready-made sandwich company, Dardanel, in the north western province of Çanakkale in Turkey forced more than 1000 workers to maintain production on its premises for 2 weeks between July 29 and August 9, 2020 after more than 40 workers tested positive for coronavirus. According to recent figures, in total 150 workers from the Dardanel factory have now tested positive, and 56 have been hospitalized.

According to media reports, initially the workers who tested positive for coronavirus were quarantined at home but due to the disruptions and slowing down in production, the company applied to the Çanakkale Provincial Public Health Committee to get permission for an increased level of production to fulfil its export commitments and to avoid economic and commercial damage. Then the Public Health Committee granted permission for a “closed-circuit production system” to be established. This meant workers, including those who were in quarantine in their homes and those on annual leave, were forced to attend work and remain together “in quarantine”. Workers were kept in dormitories after work for isolation purposes including during the recent religious festival period when most workers should have been on a public holiday. The management instruction letter said: “Those employees violating the decision … stand to be fined Turkish lira (TRY) 3,150 ($460). They would be brought to the factory by law enforcement officers”.

This example of the kind of collusion that exists between a company and the authorities has led to workers being obliged to work under very unsafe working conditions in a “closed-circuit” operation.

The IUF condemns the company’s restriction of workers’ freedom through what comes close to a forced labour situation and calls on the authorities in Turkey to declare such employer practices illegal based on the existing Laws on occupational health and safety and on public hygiene.