Home/News/Maldives Sheraton workers take to the sea to demand their rights!

Published: 22/02/2015
Union workers dismissed from Sheraton’s Maldives luxury resort for demanding union recognition are not allowed on the company’s private island – so on February 20 they took to the sea for a boat picket around the resort to demand their rights! 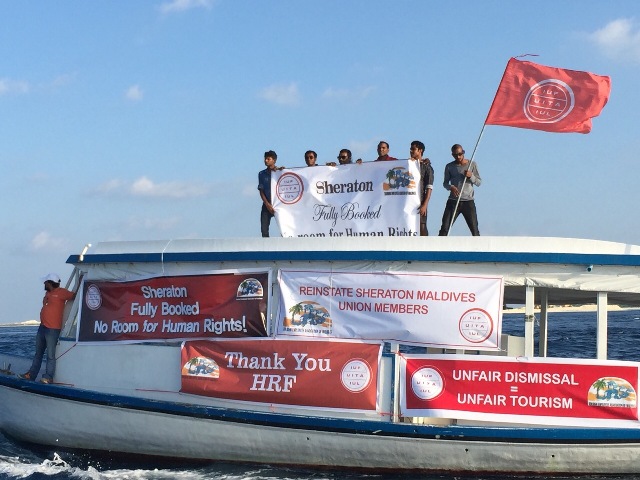 Sheraton workers on the island came to the beach to wave their hands in support of the union’s fight for rights and recognition. After circling the island, the dismissed union leaders returned to shore and met with workers at the staff ferry jetty to update them on the campaign.