On Human Rights Day, December 10, the IUF is joining with our sister global unions in a day of action to demand an end to human and trade union rights violations in the Philippines. IUF affiliates gathered in the streets of Manila to demand rights and justice for the people of the Philippines. 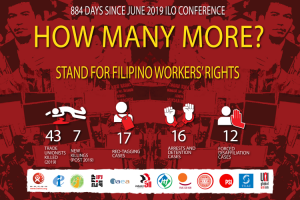